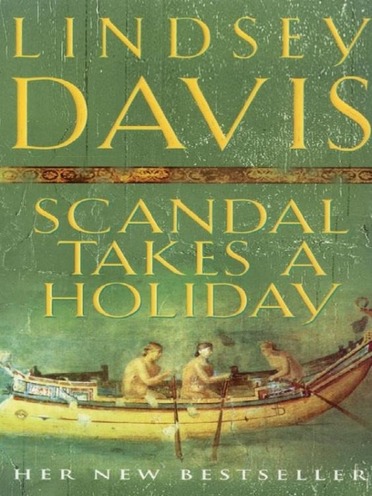 As an “informer”—a private detective—Marcus Didius Falco has an insider’s knowledge of the Empire’s less than glorious side. He’s also been in the middle of its most dangerous secrets more than once. So when he’s hired to find notorious gossip “scribe” Infamia, Marcus figures the missing muckraker is either taking advantage of a vacation bribe from some wealthy wife—or resting up from injuries inflicted by some senator’s henchmen. But instead of earning an easy fee, Marcus soon finds himself at odds against a sinister ring of pirates preying on the wealthy; a ruthlessly-vulgar construction magnate...and several of his own less-than-reputable family members. And what he uncovers will lead him through the dark byways and underground of the Empire’s busiest seaport…where a cold-blooded killer with nothing to lose waits to bury one cynical informer for good...