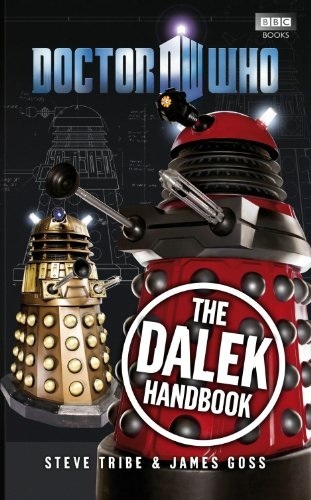 Doctor Who: The Dalek Handbook

Exterminate! The chilling battle cry of the Daleks has terrorized and terrified countless billions across thousands of worlds throughout time and space, from Skaro, Vulcan, and Exxilon to the Medusa Cascade, Churchill's War Room, and the opening of the Pandorica. This is the comprehensive history of the greatest enemies of the Doctor. Learn about the Daleks origins on the planet Skaro, how a Time Lord intervention altered the course of Dalek history, and how they emerged to wage war on Thals, Mechanoids, Movellans, Draconians, and humans. With design artwork and photographs from five decades of Doctor Who, The Dalek Handbook also reveals the secrets of how they're operated, the development of their iconic look and sound, and their enduring appeal in television, radio, books, comics, and more. Including the full story of the Daleks' centuries-long conflict with the one enemy they fear, the Doctor, The Dalek Handbook is the complete guide to the Daleks - in and out of their casings!