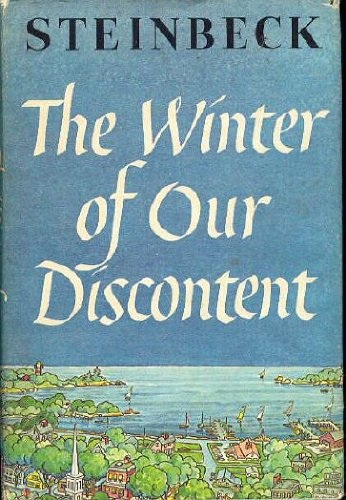 Winter of Our Discontent

From a swashbuckling pirate fantasy to a meditation on American morality?two classic Steinbeck novels make their black spine debuts
IN AWARDING John Steinbeck the 1962 Nobel Prize in Literature, the Nobel committee stated that with The Winter of Our Discontent, he had ?resumed his position as an independent expounder of the truth, with an unbiased instinct for what is genuinely American.?
Ethan Allen Hawley, the protagonist of the novel, works as a clerk in a grocery store that his family once owned. With the decline in their status, his wife is restless, and his teenage children are hungry for the tantalizing material comforts he cannot provide. Then one day, in a moment of moral crisis, Ethan decides to take a holiday from his own scrupulous standards.
About the AuthorNobel Prize-winning author John Steinbeck is remembered as one of the greatest and best-loved American writers of the twentieth century. His complete works will be available in Penguin Modern Classics.