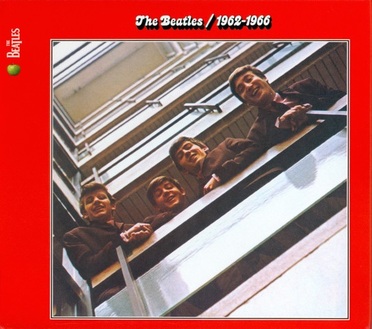 Assembling a compilation of the Beatles is a difficult task, not only because they had an enormous number of hits, but also because singles didn't tell the full story; many of their album tracks were as important as the singles, if not more so. The double-album 1962-1966, commonly called The Red Album, does the job surprisingly well, hitting most of the group's major early hits and adding important album tracks like "You've Got to Hide Your Love Away," "Drive My Car," "Norwegian Wood," and "In My Life." Naturally, there are many great songs missing from the 26-track 1962-1966, and perhaps it would have made more sense to include the Revolver cuts on its companion volume, 1967-1970, yet The Red Album captures the essence of the Beatles' pre-Sgt. Pepper records.