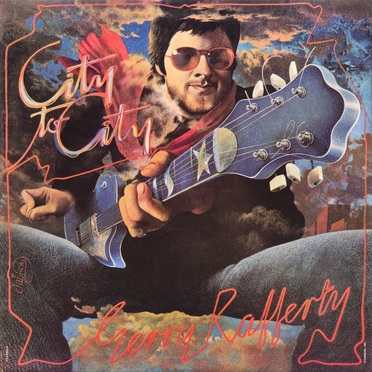 Gerry Rafferty is a huge talent, but a reluctant star. Management struggles and sundry other hindrances limited his output, but couldn't avert the Scot from releasing two legendary singles -- the Tarantino-ized "Stuck in the Middle With You" and the unforgettable "Baker Street," the latter included on this record. Just a glimpse of John Patrick Byrne's cool cover art lets the listener know City to City houses Rafferty's day in the sun as he conquers the world one metropolis at a time, his guitar and amp in tow. Setting out in his apocalyptic "Ark," each song radiates the confidence of a master craftsman cruising in his prime, constructing brilliant pop confections with top-flight support while awaiting the crunch of civilization. The dreamy reality check "Baker Street" rightfully remains one of the greatest cuts in pop history. Forever-lost B-side "Big Change in Weather" further demonstrates Rafferty was on a rare roll. Domestic valentine "Right Down the Line" snugly followed to the height of the charts, and third release, "Home and Dry," while not of an immortal status, stands as a quality song. He even stomps out a smooth hoedown on the title track. Rafferty's turns of phrase and tight composition skills create a fresh sound and perspective all his own. Any diverse style (and he attempts many) filters through his unique mindset, resulting in a classic platter buoyed by many moments of sheer genius. "Whatever's written in your heart, that's all that matters."