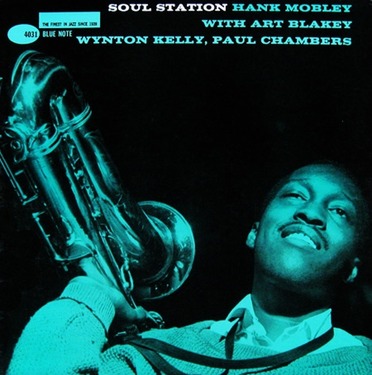 If the title of "Mr. Blue Note" had been given out to a performer, tenor-saxophonist Hank Mobley would have been its recipient. Mobley's smooth tone and style defined the hard bop era. He put plenty of emotion and intensity into every note he played. During 1955-70, Blue Note's greatest years, Mobley led 25 Blue Note albums and appeared as a sideman on many others. Soul Station, a quartet gem from 1960, is unusual for Hank in that Mobley is the only horn, heading a group that includes pianist Wynton Kelly, bassist Paul Chambers and drummer Art Blakey; needless to say, a stellar rhythm section! This album features Hank Mobley at the peak of his powers, taking lengthy solos full of passion and drive. His four originals include his most famous composition, "This I Dig Of You”, which he squeezes for every ounce of its expressive power. Hank plays with heartbreaking lyricism on "If I Should Lose You". If proof were ever needed of Hank Mobley's greatness, Soul Station is perfect evidence.