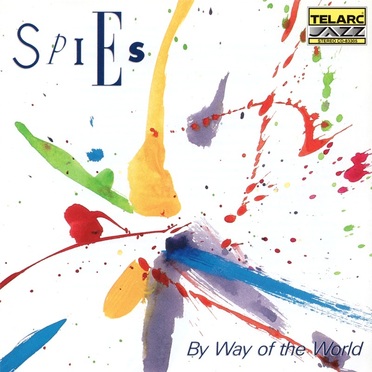 By Way of the World
Spies

This is the second "Spies" recording from Telarc.The recordings take on a sort of "around the world" arrangement in modern jazz form. The digital sound is virtually harsh free and in fact quite smooth. A pleasing surround effect can be heard on most selections which was recorded in Shure Stereosurround Full Logic on Dolby Surround and Dolby Pro-Logic processors. This is a disc whose selections are a pleasure to listen too. It is a reference quality disc for any stereo and/or stereo surround system one might own. One of my most listened too disc.