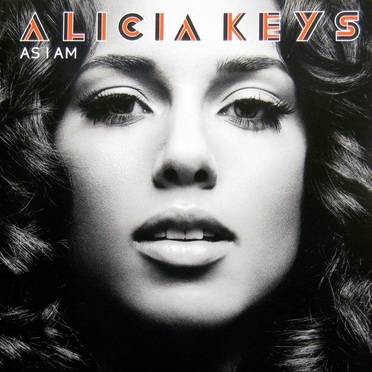 As I Am
Alicia Keys

As I Am is the resounding confirmation of Alicia Keys’ permanent place in the pop landscape. Strangely, Keys chose to begin her third studio album with the ominous breakup song “Go Ahead”, and the ultra-cheesy “Superwoman” (“With an S on my chest, oh yes / I'm a superwoman”), but it doesn’t kick off in earnest until “No One”, surely the most radio-ready song Keys has ever penned. With its fist-pumping beat and swelling sentiment, “No One” is the soundtrack to a Saturday night. While As I Am features some of Keys’ most commercial work to date, “Wreckless Love” and “The Thing About Love” are seductive and forthright, effortlessly recalling the ‘70s soul that has always been Keys’ primary blueprint. In what must be seen as a bid for platinum success, hit-making songwriter Linda Perry collaborated with Keys on “Sure Looks Good To Me” and “Superwoman,” the latter of which is an embarrassingly blatant rehash of another Perry collaboration, Christina Aguilera’s smarmy “Beautiful”. Still, the strongest moments on As I Am successfully mix Keys’ R&B pedigree with her crossover ambitions. The John Mayer duet “Lesson Learned” is adult oriented pop fuelled by a blue flame groove, while “Like You’ll Never See Me Again” coaxes the listener toward crescendo without ever breaking its aura of suspense.