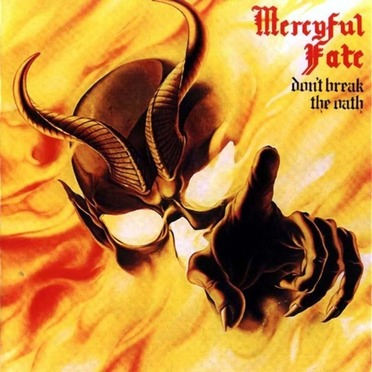 After their Roadrunner debut "Melissa" became an underground hit, "Don't Break the Oath" found Mercyful Fate at their apex. Loaded with satanic lyrics, incredibly complex guitar melodies, and King Diamond's eerie voice, "Don't Break the Oath" is one of the best albums to ever be found in black metal. "A Dangerous Meeting", "Desecration of Souls", "The Oath", and "Come to the Sabbath" are Mercyful Fate classics, and even the instrumental "To One Far Away" is pure metal joy. The band would breakup not long after "Don't Break the Oath"'s initial release before getting back together some years later, but nothing they released since has compared to how powerful this album is. Contrary to what a previous reviewer has stated, it's no secret that Mercyful Fate and King Diamond are not for everyone. Yes, King's voice is an acquired taste to say the least, but this reviewer knows of fewer frontmen that can do lyrically and musically what King Diamond can; that's why he's been around for over 20 years. And I wouldn't necessarily call Dio "real aggressive, kick a$$ metal" either.