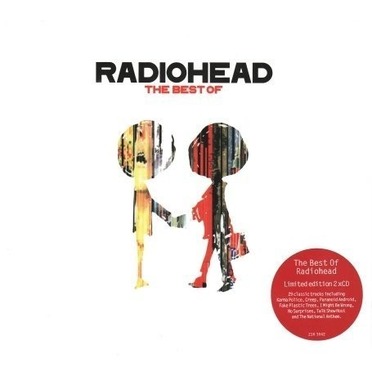 Radiohead: The Best Of
Radiohead

Personally I don't do compilations and I agree that they are not suited to most of Radiohead's music anyway, since every album after 'The Bends' has had its own concept. You could ask 10,000 different people what should go on a compilation album and you would probably get 10,000 different opinions. Lets be quite clear here, all these tracks are great and anyone checking out Radiohead for the first time will hopefully enjoy it. No one needs to feel guilty about buying this album. I find it quite hypocritical when anyone living comfortably in the western world talks about exploitation. We've all been reaping the benefits of exploitation for years, unless you live with the fairies at the bottom of the garden and make a living from selling daisy chains to squirrels, so I think it's unfair to single out the men in grey suits at EMI. Anyway I've given this review 5 stars in support of the music and I'll leave the politics to the hypocrites and the Guardian editorial. Enjoy the music.