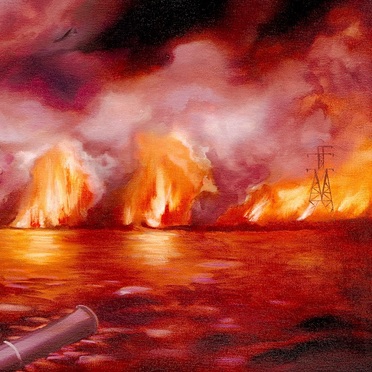 The Besnard Lakes Are The Roaring Night calls upon the influence of ELO and finer parts of the Alan Parsons Project in its orchestration. Still helped by ghosts of Beach Boys Past, the album is more Dennis Wilson than Brian, and more Peter Green Fleetwood Mac than Lindsay Buckingham. The album is a dark bliss-out that folds the eerie guitar epics of the Montreal band's breakthrough into a wall of affected drones and atmospherics, but with a toughened immediacy and grit that gives the form a much-needed shove over the cliffs, making for a haunting, provocative swan dive into the crushing tide.