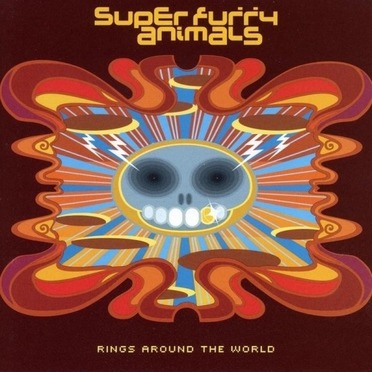 The fifth album from Welsh pop prodigies Super Furry Animals is their most ambitious work to date. Featuring everything from status quo-style boogie-rockers to technofied drill and bass meltdowns, this is an immaculately conceived pop masterpiece that has more in common with the excitable genre-crushing of 1999's Guerrilla than with their previous album, the respectable but defiantly firework-less Welsh-language folk outing Mwng. One of the great joys here is that, though the lyrics are imbued with dippy fun, closer inspection reveals a satisfyingly off-kilter--and frequently inspirational--intelligence. The gorgeous "Presidential Suite"--which, incidentally, features John Cale tickling the ivories--marries the classic SFA psychedelic shimmer to a weary lyric concerning the Monica Lewinsky scandal that rocked the Clinton presidency. Frontman Gruff Rhys questions the event sadly, as if it's the most passé thing he can comprehend. Perhaps that's so: when you're playing with the sort of magic that's scattered liberally over Rings Around the World, even the salacious exploits of world leaders pale into tedium. --Louis Pattison