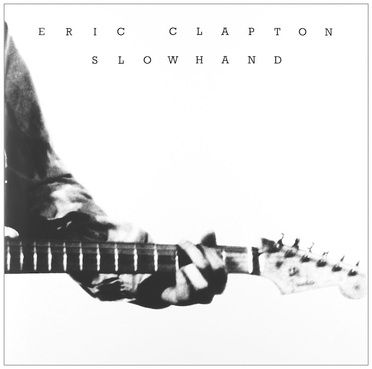 As a solo artist in the '70s, Eric Clapton frequently struggled to find consistency. His guitar work had been an obvious draw no matter what band he was playing in, but on his own a variety of material, production styles, and backing groups led to inconsistencies in tone. With Slowhand, however, everything came together beautifully. The opening trio of tunes – J.J. Cale's "Cocaine“, "Wonderful Tonight“, and "Lay Down Sally" – became classic rock staples, while John Martyn's "May You Never" and Arthur Crudup's "Mean Old Frisco" brought out Clapton the first-rate acoustic and electric guitarist, respectively.

After the guest-star-drenched No Reason to Cry failed to make much of an impact commerically, Eric Clapton returned to using his own band for Slowhand. The difference is substantial – where No Reason To Cry struggled hard to find the right tone, Slowhand opens with the relaxed, bluesy shuffle of J.J. Cale's "Cocaine" and sustains it throughout the course of the album. Alternating between straight blues ("Mean Old Frisco"), country ("Lay Down Sally"), mainstream rock ("Cocaine“, "The Core"), and pop ("Wonderful Tonight"), Slowhand doesn't sound schizophrenic because of the band's grasp of the material. This is laid-back virtuosity – although Clapton and his band are never flashy, their playing is masterful and assured. That assurance and the album's eclectic material make Slowhand rank with 461 Ocean Boulevard as Eric Clapton's best albums. —Stephen Thomas Erlewine