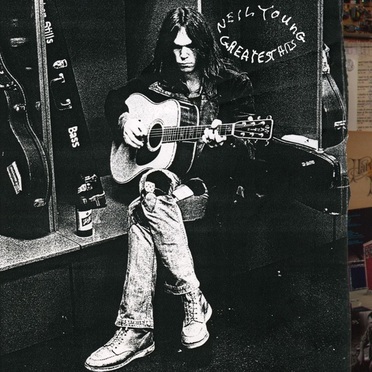 One question would be: What took him so long? After all, a contemporary like Van Morrison has sold boatloads of his single-disc best-of set to buyers wary of diving into that deep catalog without a primer to get them started. So three and a half decades into his solo career, Neil Young finally delivers his version of that most modest of albums--the pre-holiday "hits" overview. What's surprising, coming from such a proud maverick, is its conventionality. Granted, the original master mixes are a boon for fans, but otherwise, there's not much here for loyalists who quite likely already possess the original "Like a Hurricane" on a couple of albums, as well as a handful of live interpretations scanning the years. Since Young cracked the Top 10 only once (1972's "Heart of Gold"), this set is built around concert staples as "Cinnamon Girl,""Rockin' in the Free World," and "Hey, Hey, My My" rather than chart favorites. Despite Young's honorable standing as a still-vital graybeard, the disc is skewed heavily toward his early work, shortchanging some mighty productive recent years. Peripheral fans may find this set of interest, but faithful followers are better advised to investigate the DVD version, which, at least, includes videos, photos, lyrics, and Web links. --Steven Stolder