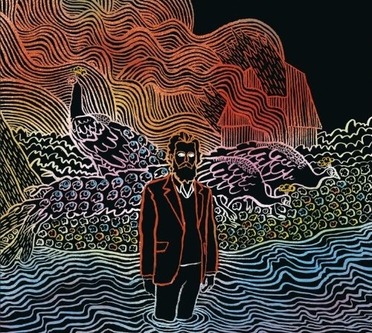 Kiss Each Other Clean
Iron & Wine

It's been more than three years since Iron & Wine's last studio effort, The Shepherd's Dog, which was widely praised by fans and critics alike. While Beam's early albums were sparse, intimate solo affairs, Shepherd's introduced layered textures and poly-rhythmic sounds that allowed his lyrics to spring to life. It's only natural then, that Beam took this sonic collage and built upon it for his new album, Kiss Each Other Clean. The result is a brighter, more focused record that retains the idiosyncratic elements that make Iron & Wine such an engaging band.